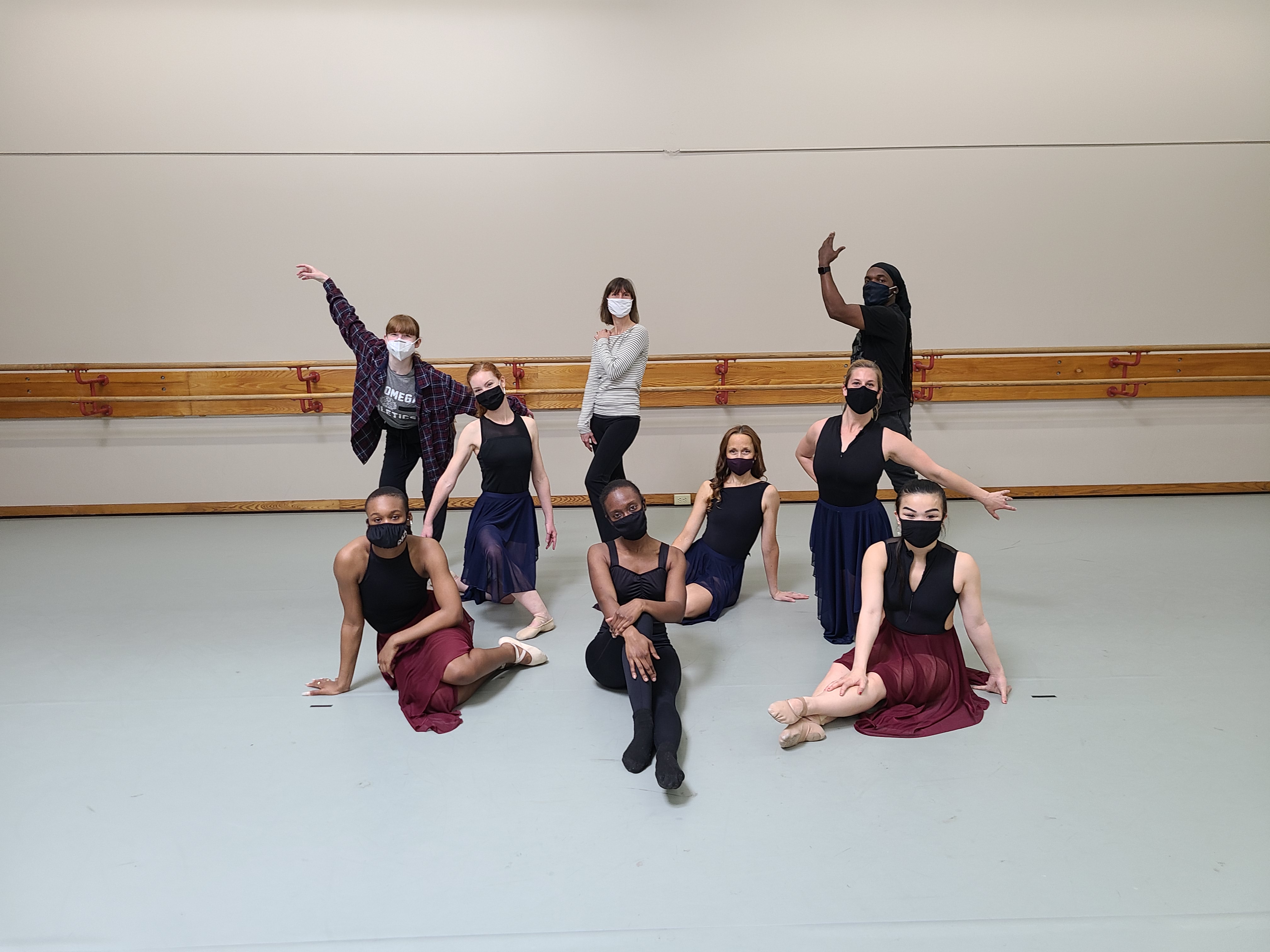 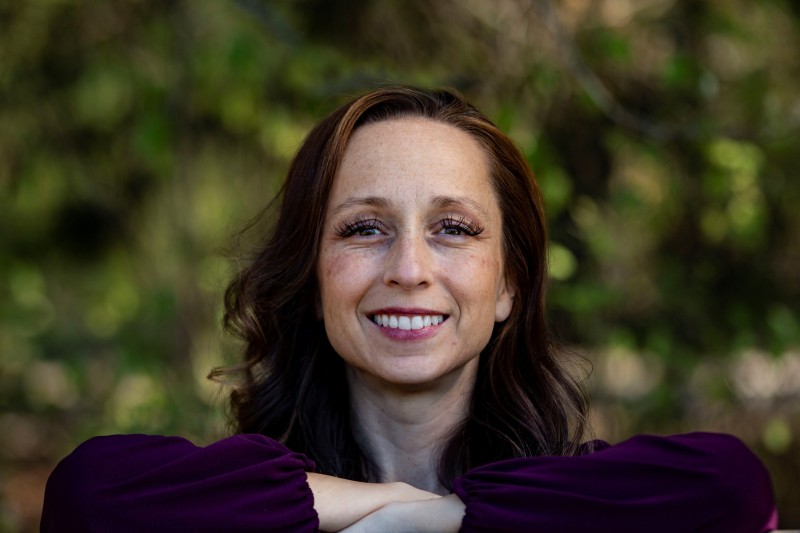 Matisse Madden hails from Kauai and received her early training from Royal Ballet Kauai. She has performed to critical acclaim in both the United States and Europe. She has danced with Ballet West and Connecticut Ballet.  Although Matisse is focusing on performing at present, she has a strong academic background. Matisse received her B.A. in Dance (Ballet emphasis) and B.S in Zoology from Brigham Young University, and her MFA from The University of Utah. Matisse is a visiting professor at Mt. Holyoke College, and is currently teaching the intermediate and advanced Ballet classes at Yale University. Matisse has performed the lead in Dimensional Dance’s Wyeth:Looking Beyond and Peaceable Kingdom about the painting by Edward Hicks. She been with Dimensional Dance since 2012. 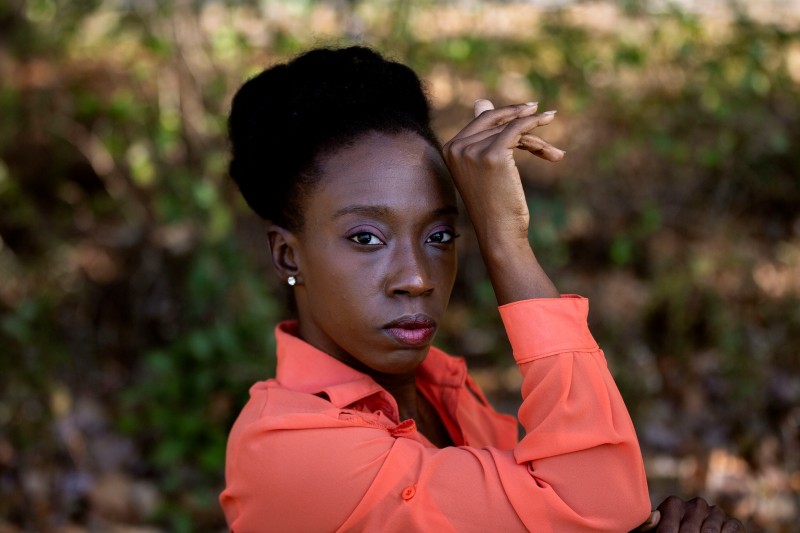 Savana Jones is a native of Hartford. At age eight she began her studies in dance at The Artist Collective doing African dance under the tutelage of Aca Lee Thompson. In 1995 she received a scholarship with Hartford City Ballet and continued her ballet studies. From that point on, she fell in love with dance and continued studying in many styles of dance including jazz, tap, hip-hop, modern, and social dancing. Graduating as a Dance Major from The Hartford Conservatory in 2009, is now a well-known dance instructor and choreographer in the Greater Hartford district. Savana joined the company in 2018. 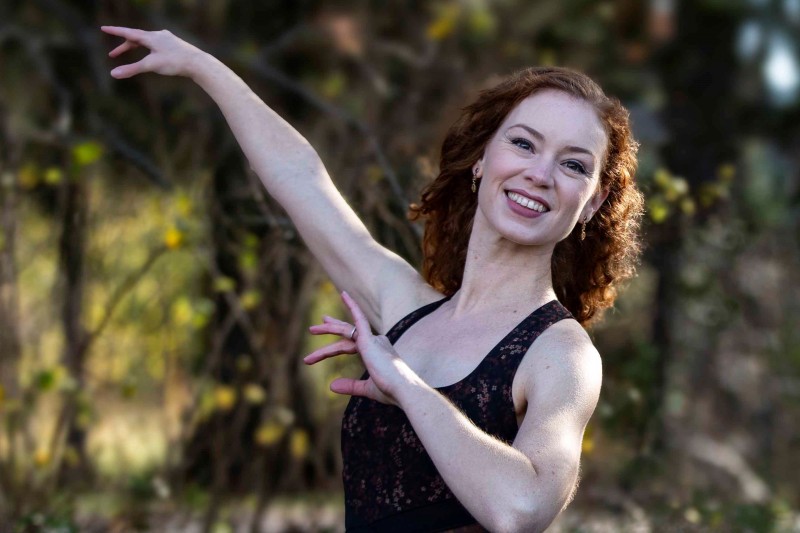 Pam Glauber began her dance career at age six at the School of the Hartford Ballet. She later trained at Connecticut Dance School and Connecticut Ballet Center before joining the Connecticut Ballet as a company dancer. She has also trained with Kat Wildish at Alvin Ailey’s Extension Program, BalletMet Columbus, and Columbus Dance Theater, as well as summer dance programs with Boston Ballet and the Walnut Hill School. As a professional dancer, she has performed with Connecticut Ballet; Ballet Theater Company; Liane Fisher in Bristol, CT; Ajkun Ballet Theatre in Albany, NY; Staten Island Ballet; Performing in New York showcases at Alvin Ailey; and Xclaim Dance Company in Columbus, Ohio, where she served as a company dancer and marketing manager for three years. She teaches at the Hartt School Community Division. She is also a prize-winning Irish dancer and has competed in the World Irish Dancing Championships. She holds a BA from Cornell University and a certificate in editing from NYU, and has enjoyed a parallel career in publishing. She freelances as a children’s book editor and copy editor while raising two young children when she is not dancing.  Pam has been a member of Dimensional Dance since 2018. 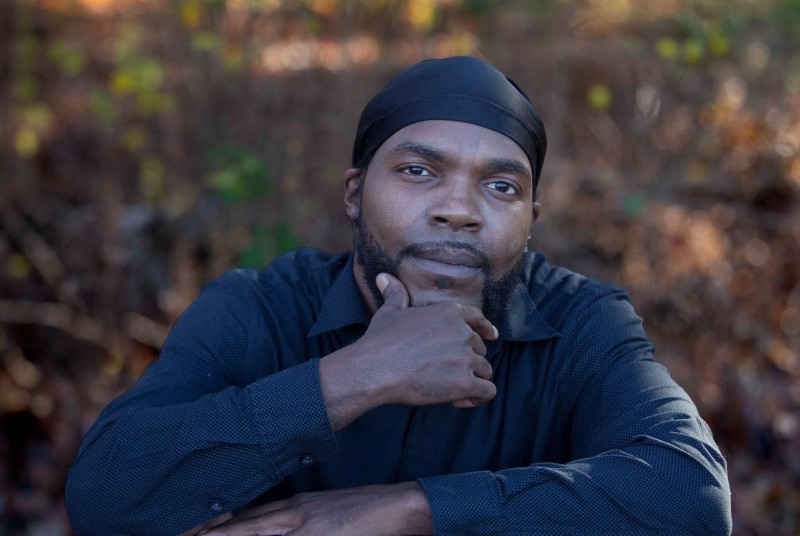 Jus Hues is a versatile dancer and singer from Bloomfield, CT!  He has involved himself in numerous activities in Massachusetts, Connecticut, New York, South Carolina, Georgia, and Florida. At age 10, Jus began pursuing  hip hop.  Self-taught,  Jus has worked his way into becoming a versatile choreographer, hard hitting dancer and energetic performer. While attending Berklee College of Music he worked and toured with a Pharaohe  Monch, Medusa, and Slum village for the “Beats For Peace Tour” and shared the stage with New Edition, Take 6 and Casely. As a choreographer, Jus has created dance for newly signed artists in the industry and performed in front of industry executives from BET.  In addition being an R&B, Soul, and Hip Hop singer, Jus has been able to utilize his talents, electrifying every stage with his versatile performances. When not performing he the dynamic director of Jus Move Studios. This is his first season in the company. 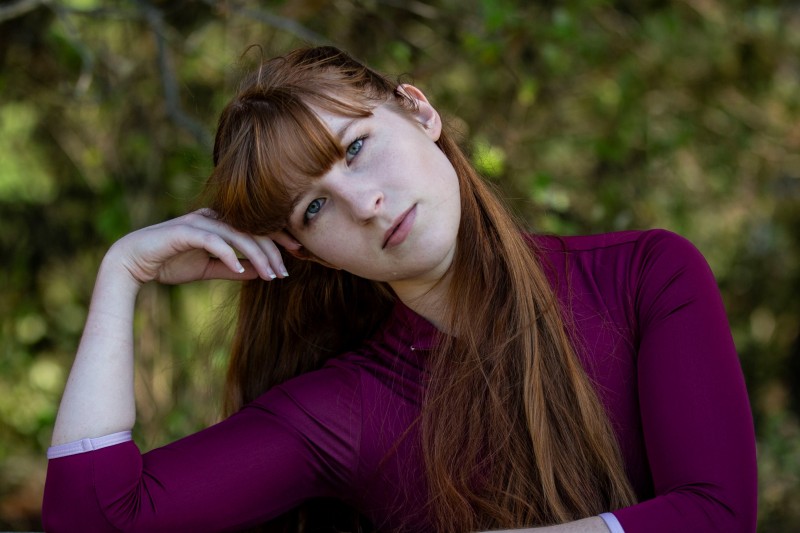 Caitlin Quinn is a Graduate from George Mason University’s School of Dance. Originally from Windsor Locks, CT, Caitlin started training at a small recreational school focusing on jazz work before majoring in Dance at the Greater Hartford Academy of the Arts. Caitlin then went on to earn her BFA in Dance at George Mason University in Fairfax, VA. During her time at Mason’s School of Dance, Caitlin has been a part of 21 student choreographed pieces. She also performed in Robert Battle’s Mass, in the School’s 2017 Dance Gala Concert. During her collegiate career, she has had the opportunity to learn various repertory from, Mark Morris, Lar Lubovitch, Doug Varone, and others. Additionally, she has trained at the Hartt School under the direction of Samantha Dunster, the Ailey School, Bounce! and at the Mark Morris Dance Group. 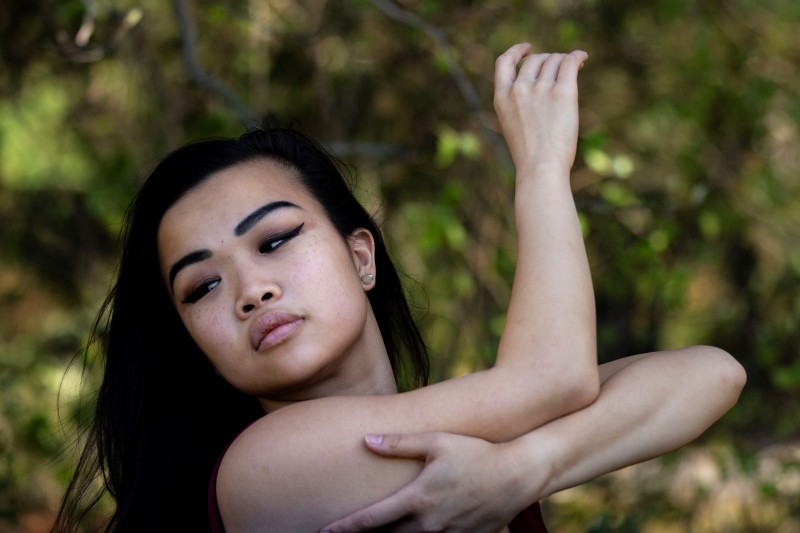 Emilee Alexander Bowden began her dance training in Grand Rapids, Michigan. In 2016, Emilee was selected by David Wilcox to be a part of the Ballet Ambassadors to China program. She had the chance to perform various repertoires, set by several choreographers, all over China.  Before dancing with Dimensional Dance Emilee danced with Ekklesia Contemporary Ballet from 2017-2019. She currently resides in Deep River with her husband, Hunter, and spends her evenings teaching at local dance schools. She is excited to be dancing with Dimensional Dance! 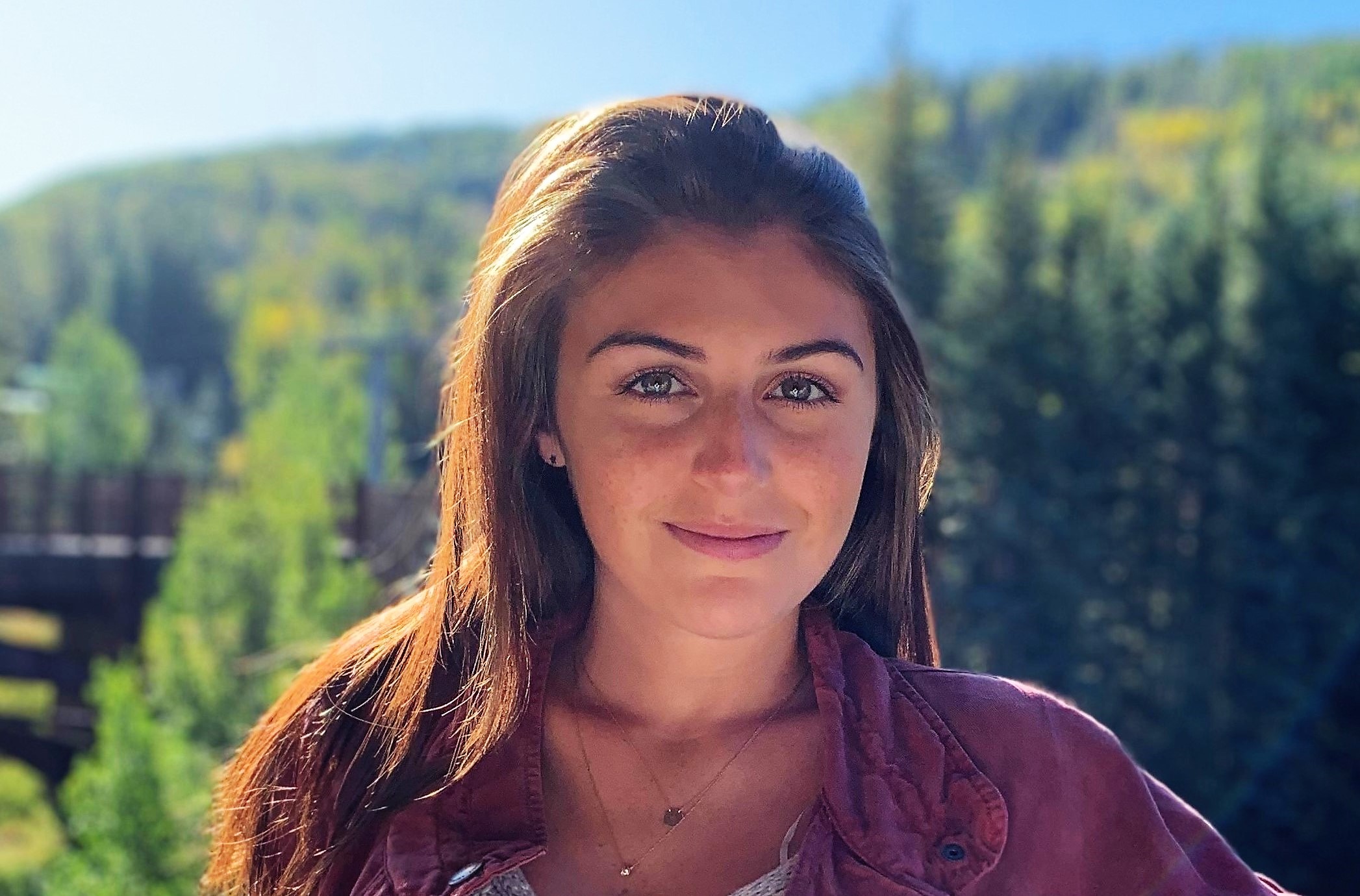 Alexia Bobrowski is originally from Connecticut, moved to New York City to become a jazz and contemporary trainee at Joffrey Ballet School while earning her high school diploma online. She graduated summa cum laude from Boston Conservatory at Berklee with a BFA in Contemporary Dance Performance with a Creative Entrepreneurship Minor.  Alexia has performed works by Mark Morris, José Limon, Catherine Coury, Bradley Shelver, Daniel Pelzig, among many other internationally recognized choreographers. You can find her working with DANCE NOW NYC as the Community Project Coordinator, teaching diverse dance classes at DanceStep, Studio 22 and Grossi Dance Performing Arts Academy. She is excited to join Dimensional Dance as a company member for the 2021-2022 season.

PHOTOS FROM OUR LIMITED 2020 SEASON

The following photos were taken by Rich Davis during at fall 2020  performances. 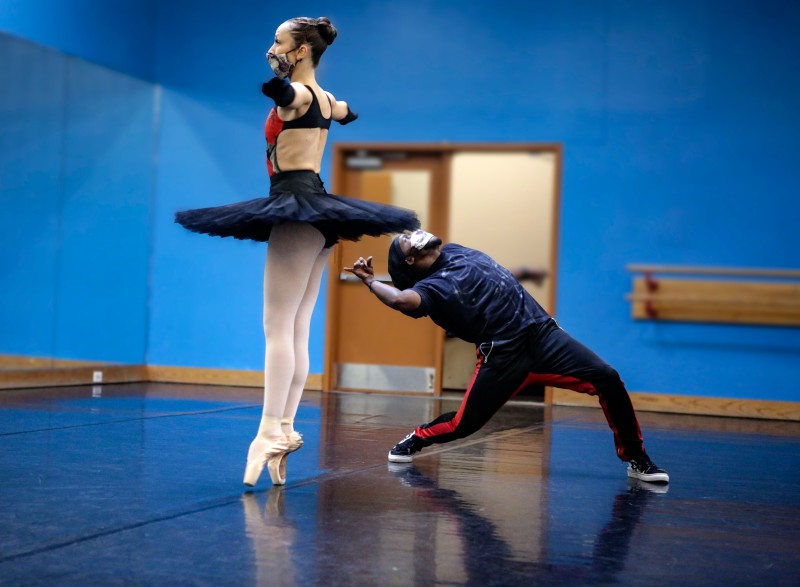 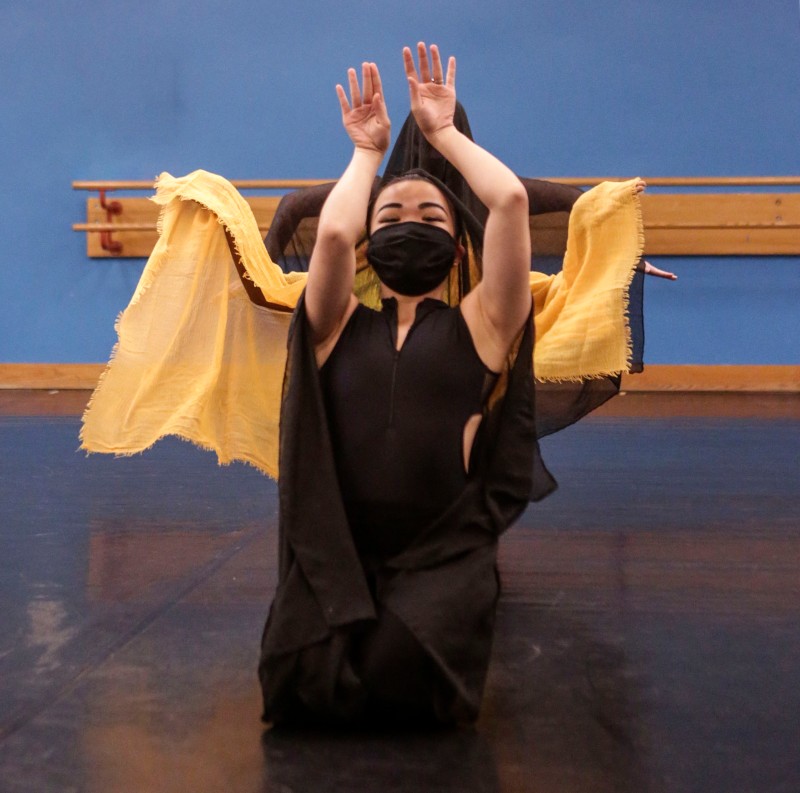 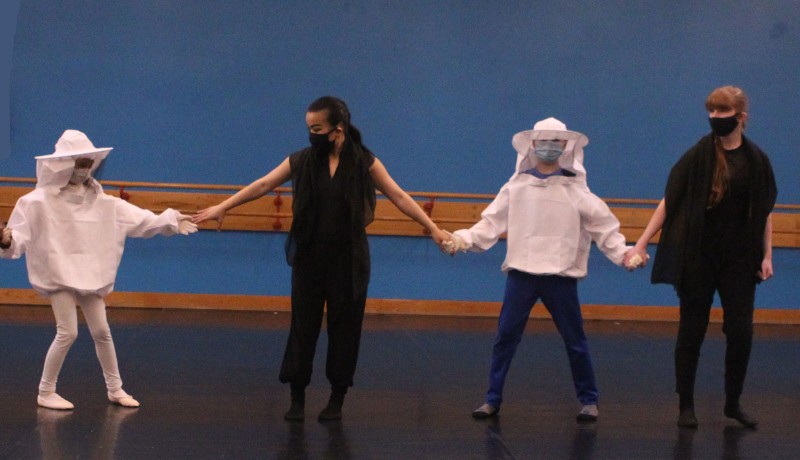 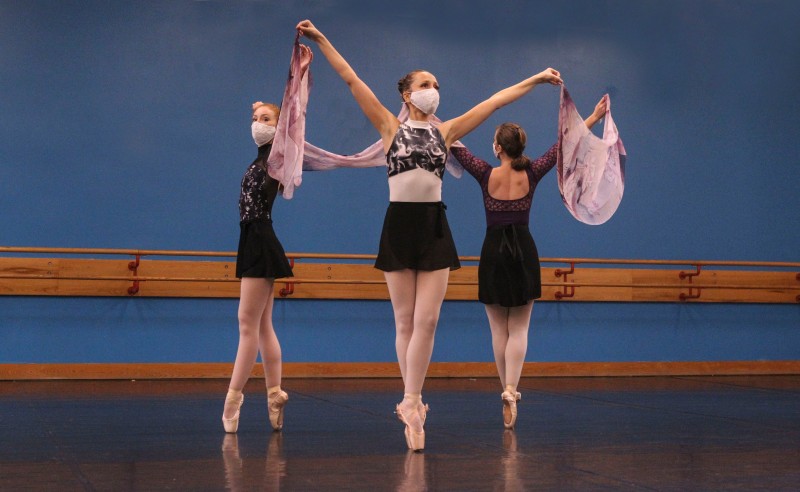 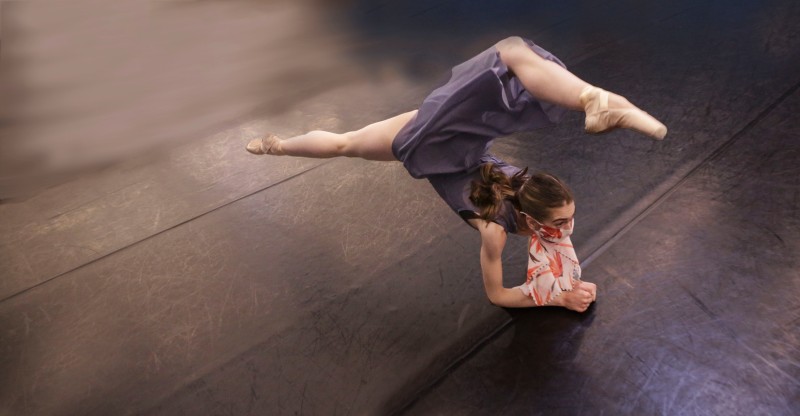 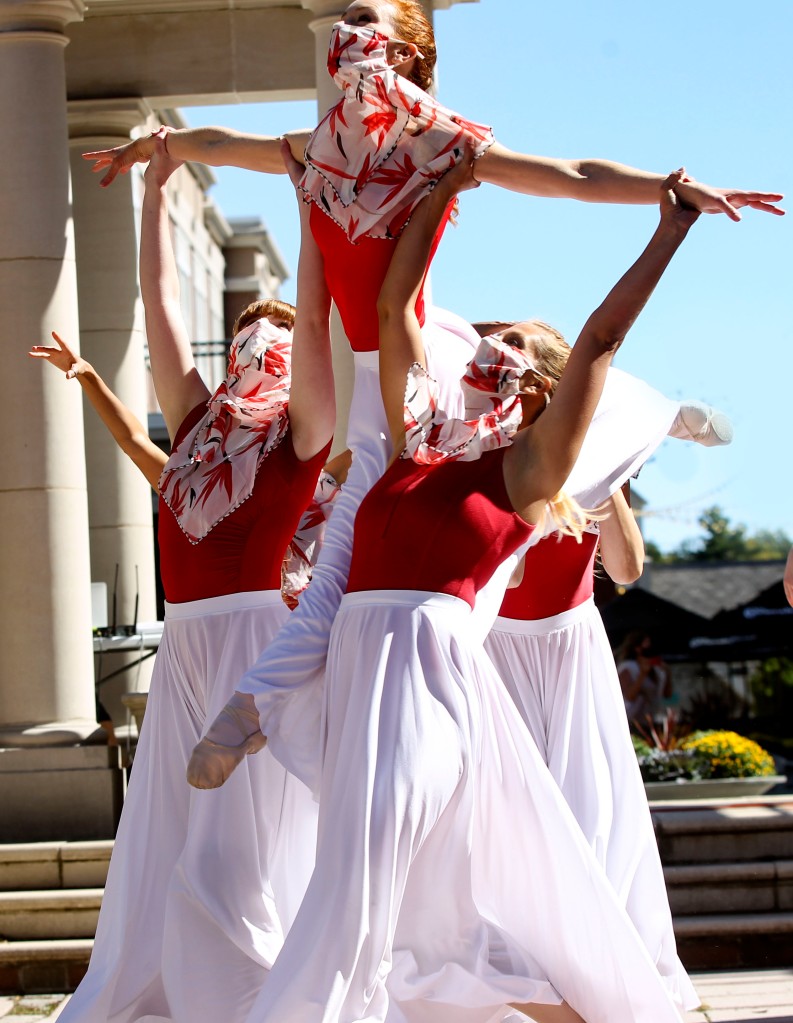 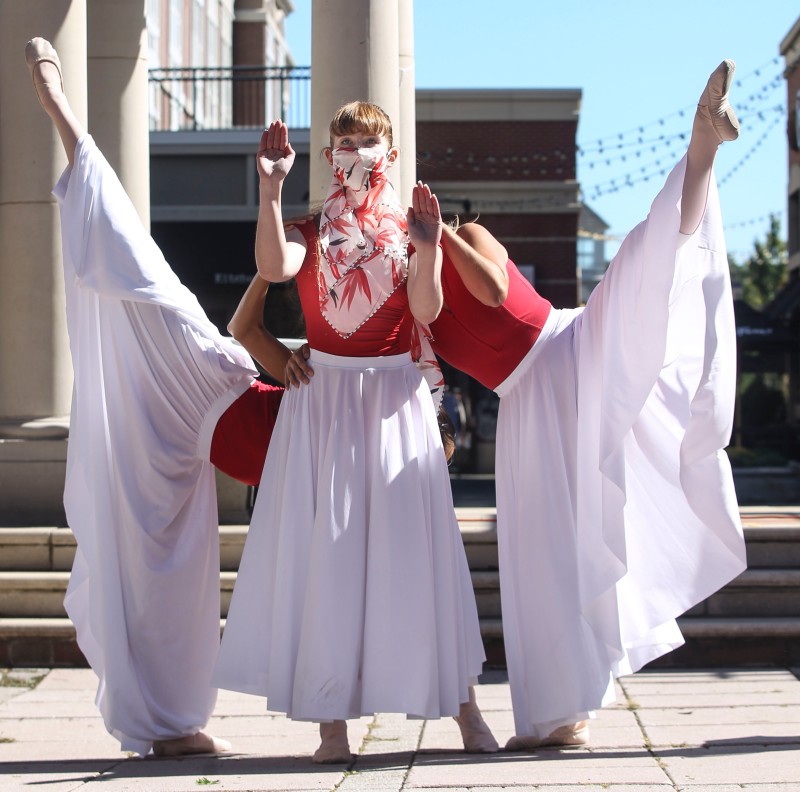 BE INSPIRED BY OUR PHOTOS FROM OUR PAST SEASONS 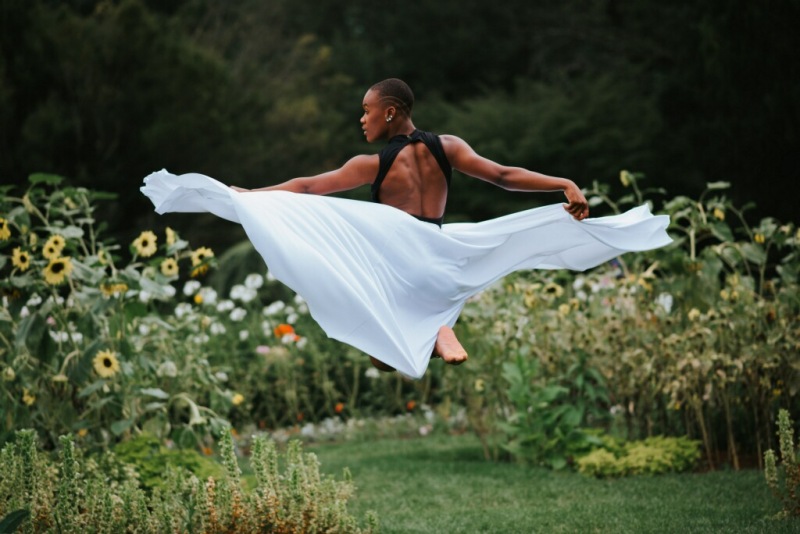 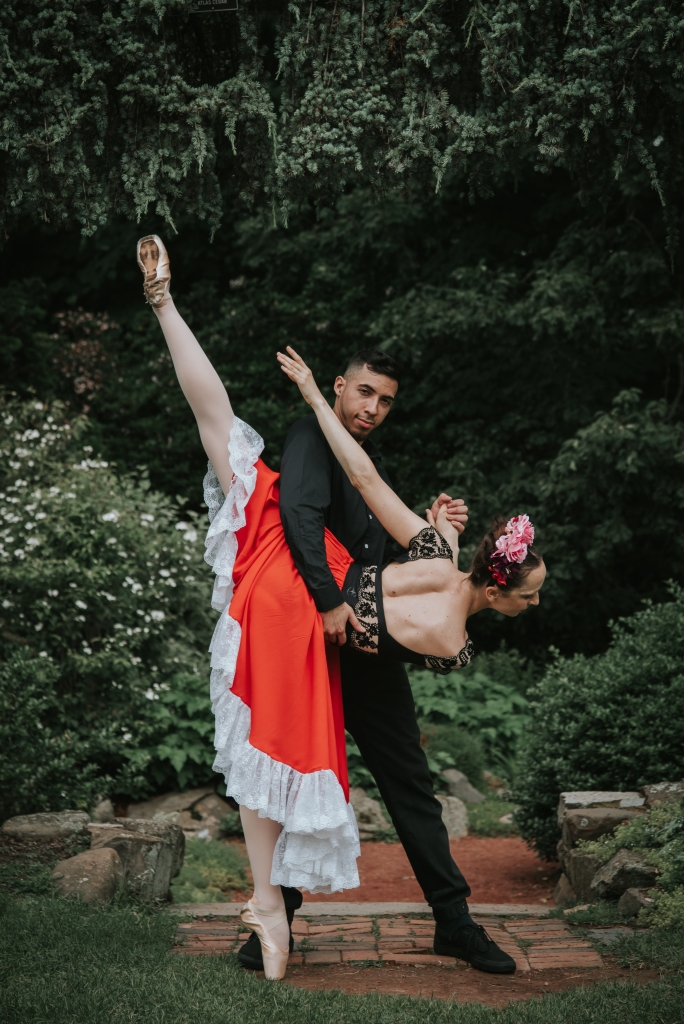 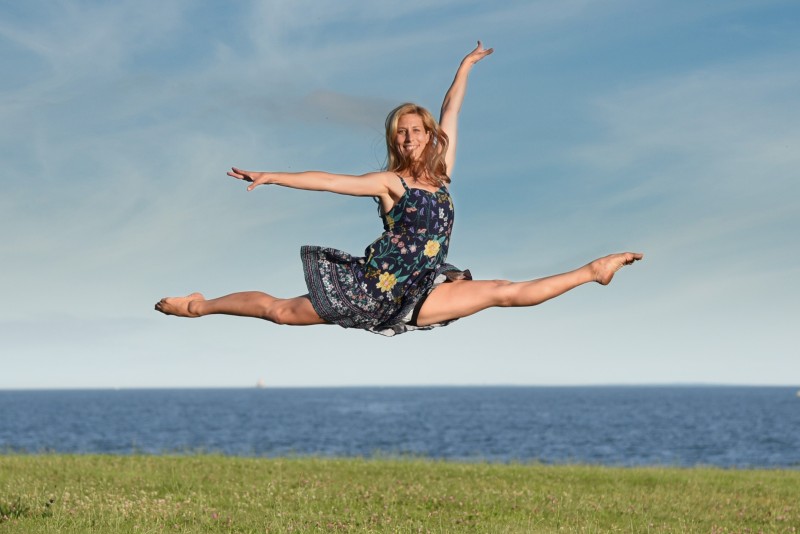 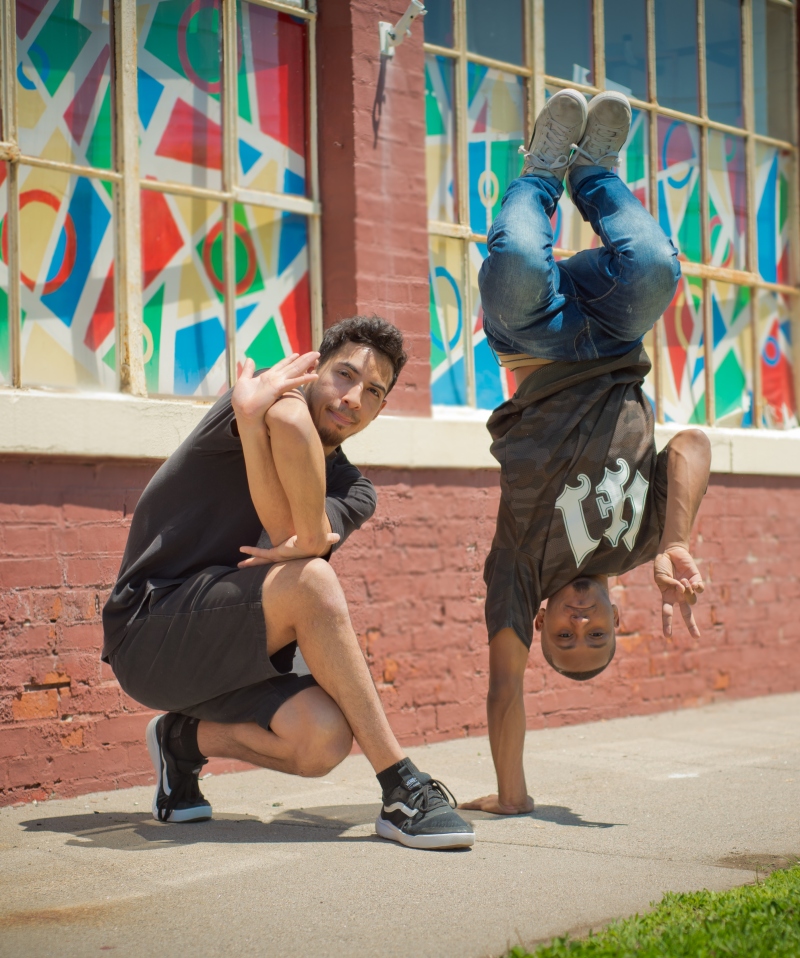 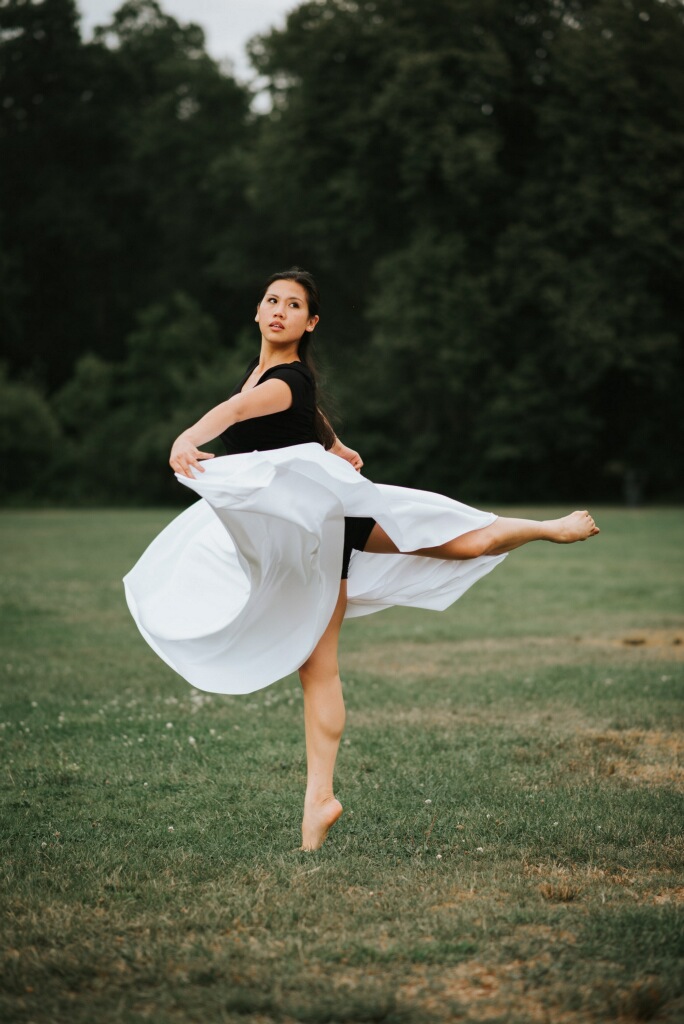 The following photos were taken by Rich Davis of Davis Photo: 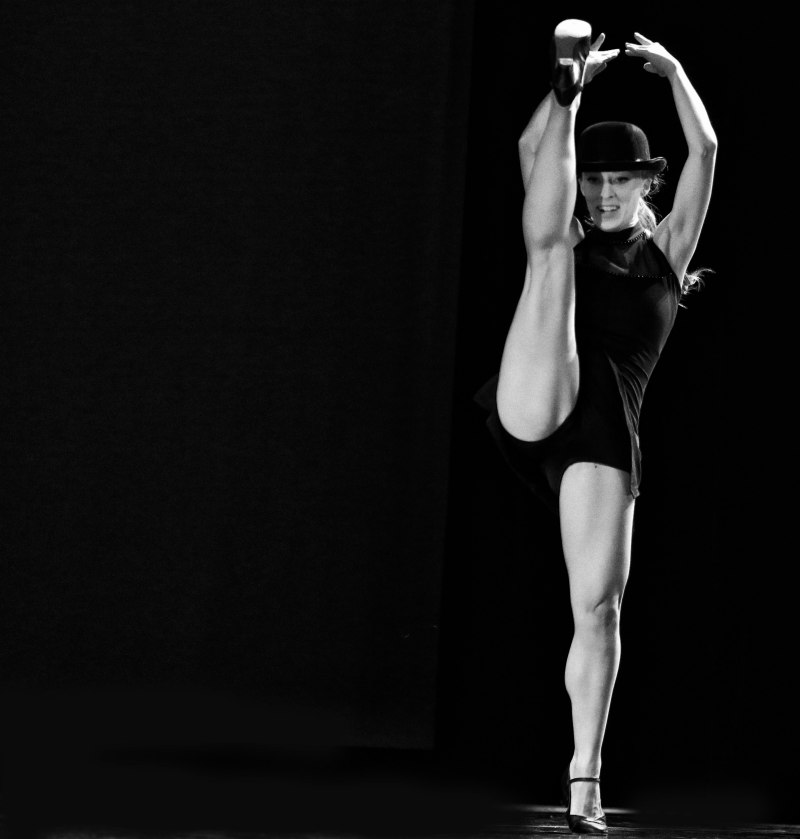 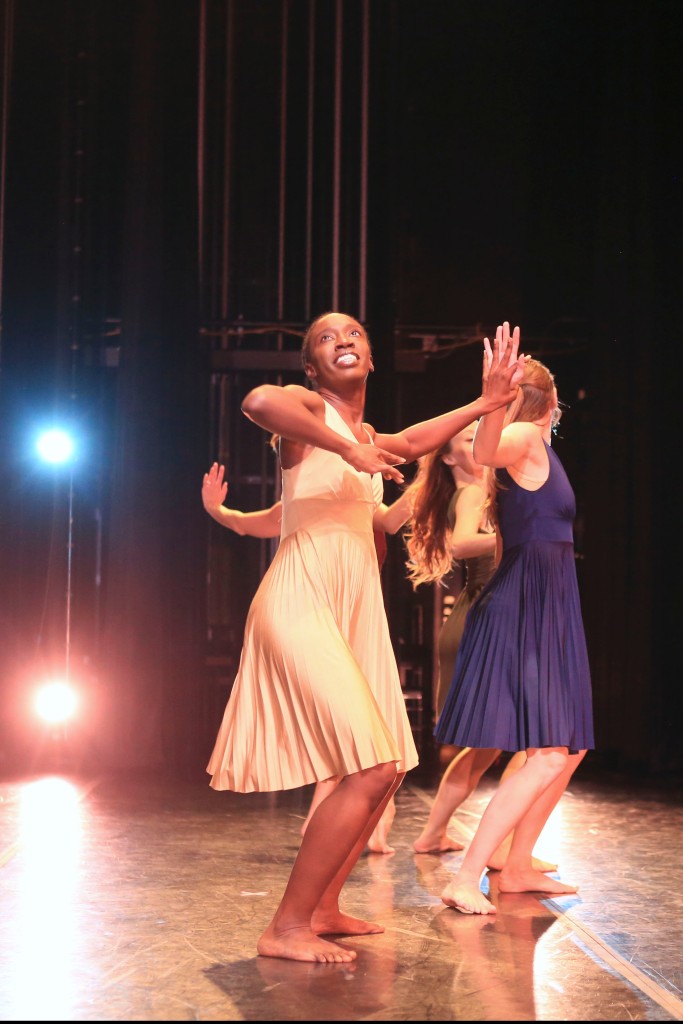 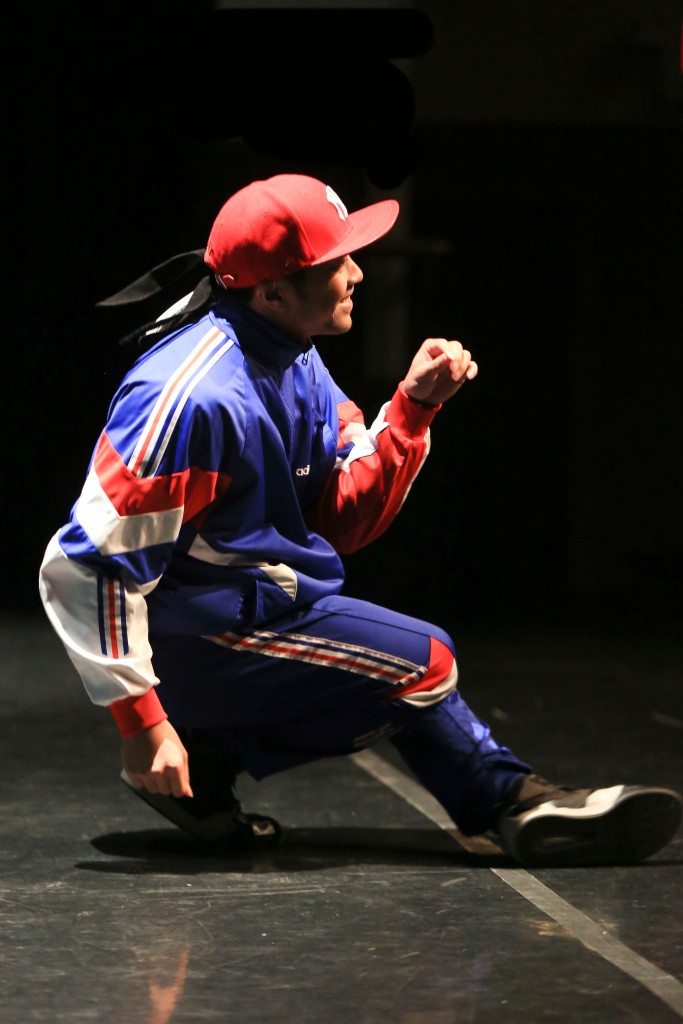 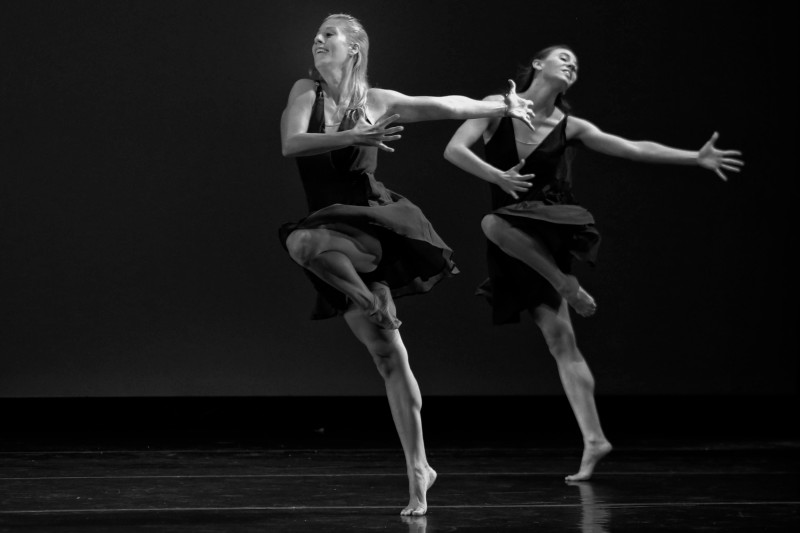