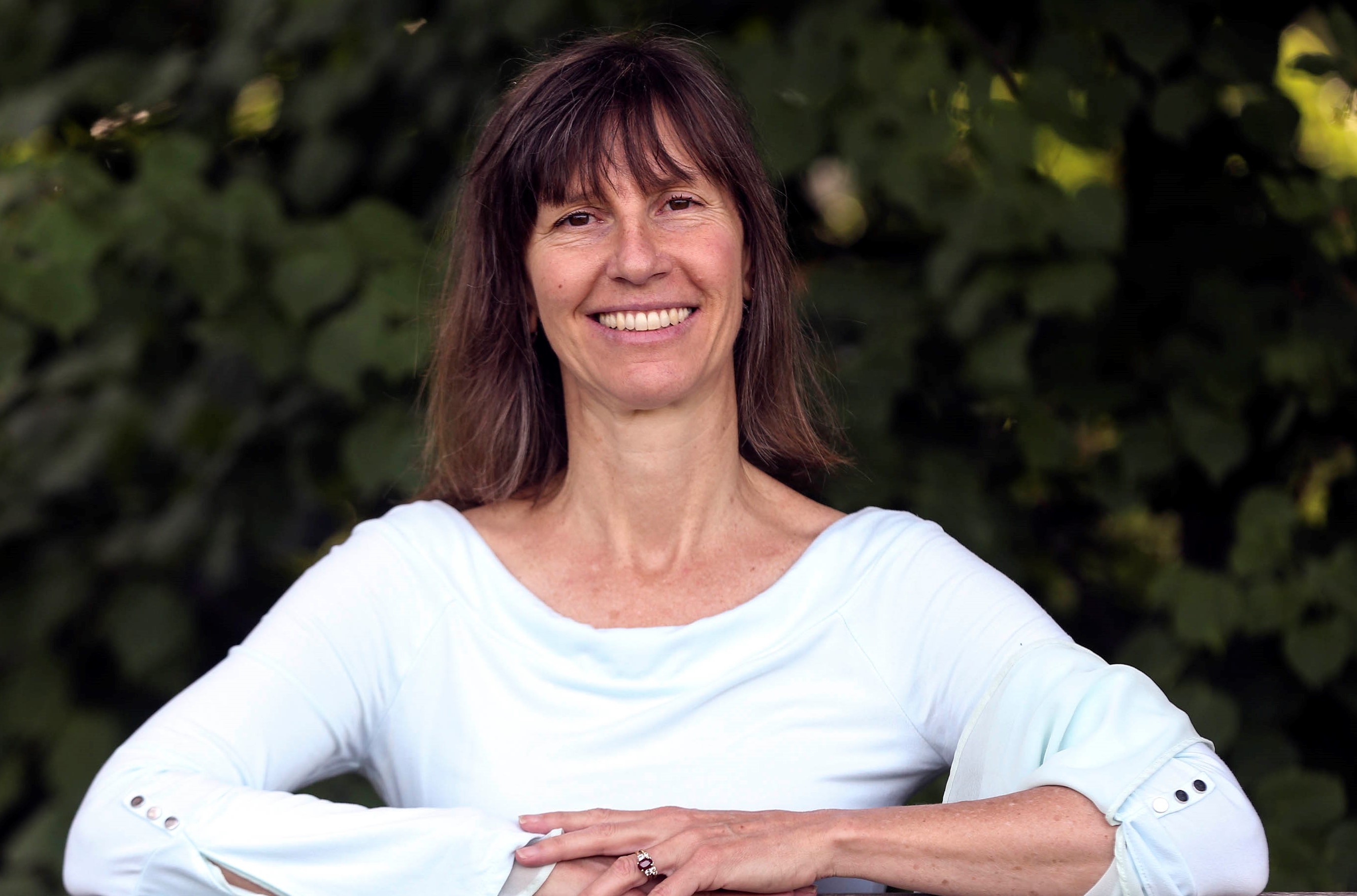 DIRECTOR RUTH LEWIS is the founder of Dimensional Dance. She was born in Jakarta, Indonesia, but spent the majority of her youth growing up in the pastoral town of Harvard, Massachusetts where her parents owned and operated an International Youth Hostel called Friendly Crossways.  After graduating from the Walnut Hill School for the Performing Arts she went on to dance professionally. She finished her dancing career with American Repertory Ballet then became assistant to the director, Septime Webre. She and her husband moved to Bermuda for four years where they had two children and where she was rehearsal director for National Ballet of Bermuda.

Ms. Lewis has led Dimensional Dance during its ten year history to create meaningful inspiring programs. Most recently the company has focused on women’s experiences and performed numerous pieces by female choreographers. These pieces include Phenomenal Woman inspired by Maya Angelou’s poem,  Fierce Like Frida about Frida Kahlo and One Art based on Elizabeth Bishop’s iconic poem.  For the 2021 season Ms. Lewis is leading the collaborative effort to create the new program Prudence Crandall and Sarah Harris: Whole Souled Women.  This project, set in the 1830s, is the true story about Connecticut educator Prudence Crandall and Sarah Harris, one of her first Black students. These brave women risked their lives to advocate for racial justice and challenge the status quo of educational discrimination.


ASSISTANT REHEARSAL DIRECTOR MATISSE MADDEN was raised on the beautiful island of Kauai and is proud of her French Polynesian heritage. She received her B.A. in Dance and her B.S. in Zoology from Brigham Young University.  She holds an MFA in Ballet Teaching and Choreography from The University of Utah. She has danced with professional ballet companies Ballet West, Connecticut Ballet and is presently a Principal Artist at Dimensional Dance. Her first piece for the company was Fierce Like Frida, created in 2019 and choreographed in collaboration with b-boy Savage Henry after being inspired by the Mexican painter Frida Kahlo. Matisse is a visiting professor at Mt. Holyoke College, and is currently teaching the intermediate and advanced ballet classes at Yale University. Matisse has performed the lead in Dimensional Dance’s  Wyeth: Looking Beyond and Peaceable Kingdom inspired by the paintings of Andrew Wyeth and Edward Hicks, respectively. She has also danced the lead roles in O Squared and Era of Essence.  A self-proclaimed “bunhead,” she leads the ballet history component in Dimensional Dance’s educational performances.